Posted by: Garlak on August 5 in Artists, Inspirations

Before perhaps less than a year ago it was almost impossible to imagine a graphic designer to create on tablet, but with the help of great applications these days we can see more and more designers performs their work on android tablet. Android OS is now the most popular in the ...

Before perhaps less than a year ago it was almost impossible to imagine a graphic designer to create on tablet, but with the help of great applications these days we can see more and more designers performs their work on android tablet.

Android OS is now the most popular in the world, and a tablet may be the perfect place to create new applications, with whom you can certainly earn some money through the Play Store.

Tablets are all over the place, and while Apple’s iPad get the most media attention, there’s no lack of outstanding Android alternatives to select from.

Here are our top Android tablets for this summer, especially if you are into the graphics design. All of the tablets are very capable and very powerful, so not only they are ideal for home users, but also for enterprise users as well. With these tablets you will have a superb Android experience, and alongside with the right apps you will a get a lot of work done when you’re absent from your working table.

First on out list is Google Nexus 7. It was the first Nexus-branded tablet to be released by Google. With Asus manufactured hardware, 7-inch display with a 1280×800 resolution screen, an Nvidia Tegra 3 quad-core processor, and 32GB of storage, Nexus is the best choice in our opinion. Only downside is a lack of card slot that let you to increase the storage space. It has latest Android OS – Jelly Bean with improved features and astonishing software keyboard. Also, as the time go, Google will provide software updates as fast as they out there. The tablet also includes Wi-Fi, Bluetooth, NFC, and mobile phone, and all this is power-driven by a battery that can provide 10 hours of usage under standard surroundings. 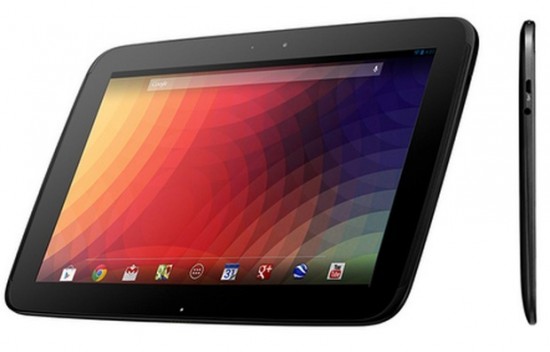 Second on our list is also Google product, only this time it is a Nexus 7’s big brother – the Nexus 10.
It has a 10-inch screen with a 2560×1600 resolution display, a very fast dual core ARM Cortex A15 processor, and a separated graphics processor – quad core Mali T604, which can be very useful especially for graphics designers. There is a choice between 16GB or 32GB of storage, also two cameras, one on the front and the second on the rear. In general, this is an extremely powerful and very fine made tablet, and if you looking for bigger screen then Google Nexus 10 is right thing for you. This tablet also doesn’t have a card slot. 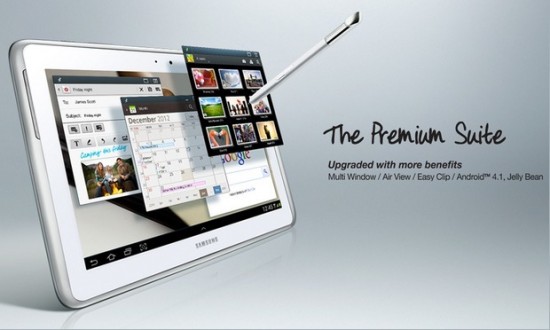 If you are looking for branded tablet then The Galaxy Note 10.1 is the great choice. Samsung made a powerful and very ergonomic piece of hardware. Everything on it is a top-notch. There is a 10.1-inch screen with a 1280×800 resolution display, a 1.4GHz Exynos quad core processor, and you can select between 16GB, 32GB or 64GB of storage. Also, there are two cameras: a 5 megapixel rear-facing camera, a 1.9 megapixel front-facing camera. The Galaxy Note 10.1 has very powerful battery that can run for 10-hours. 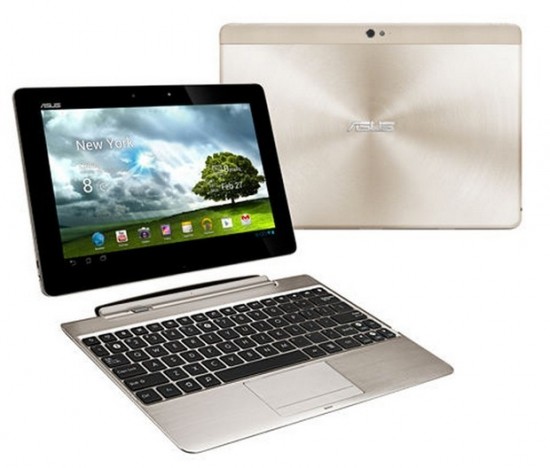 This tablet is the dream comes true for many designers. Because is not only the slimmest and lightest Android tablet on the market, with mesmerizing 1920×1200 Full HD, but it is also fashionable and very unique all together. It has powerful Nvidia Tegra 3 quad-core processor, with an addition of very proficient 12-core GPU. The tablet also features two cameras: an 8 megapixel rear camera, and a 2 megapixel front camera, and life battery is very good, which means that can go for 9.5 hours between recharges.