Posted by: Jason Daszkewicz on June 3 in Tutorials

Graphic designer, a term which has become a synonym of creativity, puts passion for art to daily use. Being a graphic designer, you're job is to create a masterwork that not only looks beautiful but also solves its purpose.

Graphic designer, a term which has become a synonym of creativity, puts passion for art to daily use. Being a graphic designer, you’re job is to create a masterwork that not only looks beautiful but also solves its purpose.

Today, businesses of every size and shape need talented and professional web designers to assist them in communicating and reaching out to its audience and persuade them to take action – whether it’s about joining an imperative social cause, or purchasing a product or service.

However, it takes more than a creative mind to become a successful and skilled designer.

There is a variety of tools and techniques you would want to master, be it Photoshop, InDesign, Illustrator or any other software, to polish your skills and put your best foot forward.

Therefore, we have compiled a list of best graphic designing tutorials from around the world to help you make your art better.

Animated GIF’s have gained a lot of popularity lately. They can be used for various purposes apart from annoying memes. In fact, they have been used for a variety of purposes such as creating an effective presentation, enhancing product illustrations, providing visual instructions, demonstrating UX, making your social accounts pop and so much more.

Photoshop, one of the most popular designing tools, allows you to tailor any animated GIF to meet the expectations of the style of your project. This tutorial has given a detailed, step by step instructions on creating beautiful and effective customized animated GIFs.

The low poly portrait is yet another popular style art around the web that certainly looks amazing. Initially, it was used for 3D modeling, but this tutorial will help you integrate this style into a photo with the help of a Photoshop. 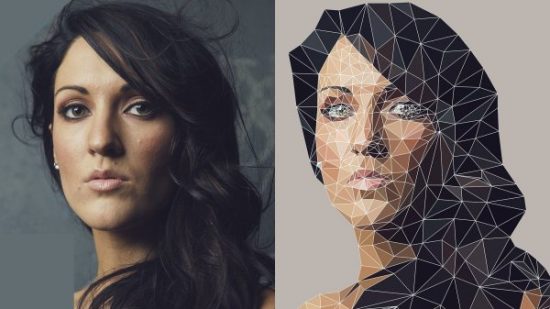 This tutorial is created by Breno Bitencourt, Brazilian Designer that demonstrates how to create a beautiful low poly portrait with pictures.

First off, he shows how to capture the best reference photos, which are the key to creating best work in this style. And then, Breno shows how to use Photoshop to make a vector version of Illustrator.

This tutorial is an inspiration from Lars Von Trier’s film Melancholia that turned the daytime scene into the night with amazing effects. As a matter of fact, shooting at night can throw various challenges especially if you are shooting for a movie image. 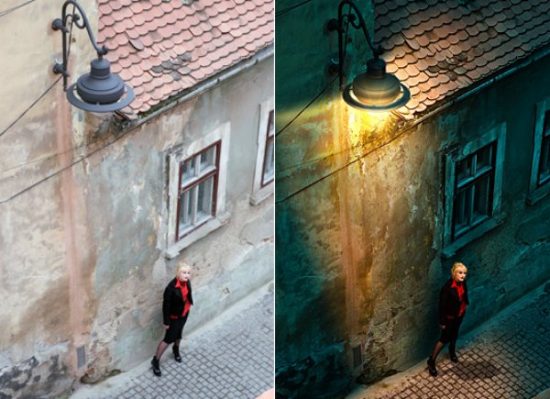 However, using Photoshop as a master tool, Ben Secret demonstrates how to use curves layers to control your tones and convert day into night.

The tutorial features both a video and a step by step instruction along with images to help his audience understands exactly how to bring out the best results.

4. How to change colors in photo elements?

While editing a photo, there are times when you find an image beautiful but would want to change the color of an element like a jewelry piece or hair color or an eye color. These may seem like a small change to a layman but for a photographer, it is a matter of an entire day that may go into rescheduling another shoot. 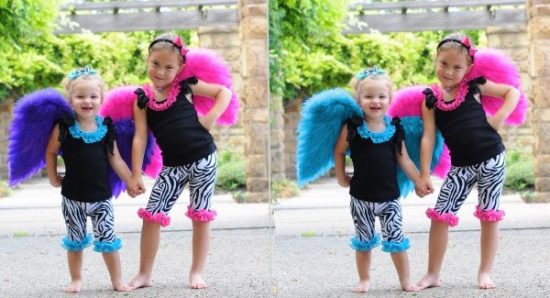 However, learning how to change colors in the elements of a photo can not only save you a lot of time but also improve your skills.

Tigz Rice, a freelance photographer and a retoucher, reveals how easy it can be to change the colors of specific objects in Photoshop. The tutorial features a step by step demonstration where the photographer changes the color of her model’s jewelry from gold to silver. 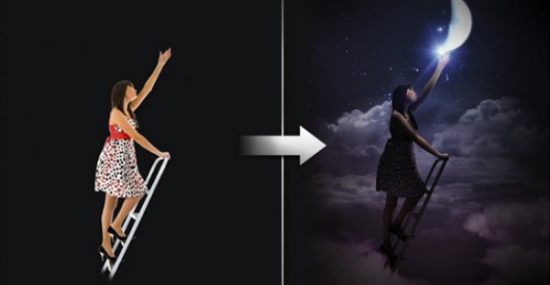 Know how you can transform ordinary stock photos into fantastical, dreamy compositions with Photoshop wizard Fabio Sasso. In this amazing tutorial, Fabio Sasso has captured images from Shutterstock, though he suggests using any type of image from any source. He uses layer masks and Photoshop’s inbuilt filters to create an enchanting and beautiful image that would enhance the beauty of a children’s book. 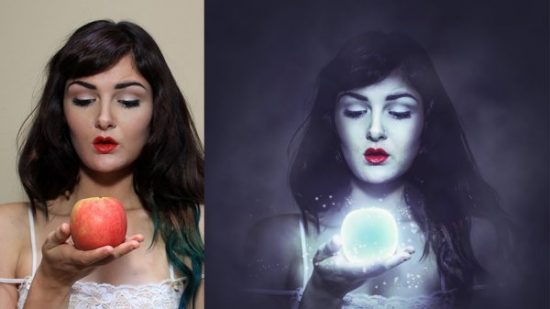 You probably have encountered many lighting effect tutorial on the web showing magic effect using a hat. But you probably haven’t come across a tutorial where a coffee cup is used. Setting a different example for the users, a Magic Lighting Effect tutorial demonstrated on abduzeedo.com makes use of an image that features a coffee cup. Using a brush engine and Layer Styles in Photoshop, the tutorial shows a great example of using your imagination exclusively to create a beautiful effect. 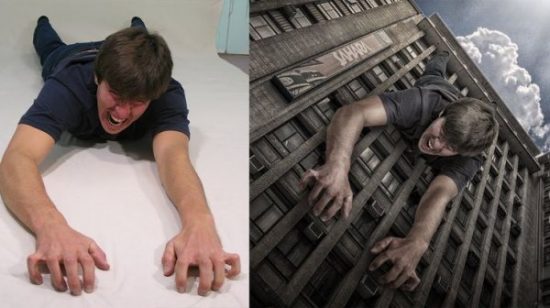 Jenny Le, a self-taught artist from Vietnam, shows a tutorial of creating a misty landscape with a medieval woman, castles, flying birds, an arch bridge, and rocks.
Jenny Le beautifully teaches you how to put together simple elements to form a cohesive scene in Adobe Photoshop.

Eager to know how to make an image look like it was shot in the early times of the 1940s and 1950s? Well, this is certainly the right tutorial for you.

Vintage Photo Effect, also known as chiaroscuro, thanks to its shadow patterning and low-key lighting. Another beautiful tutorial put together by Photographer Tigz Rice features a detailed explanation involving her photography and retouching of a model namely Coco Dubious image inspired by a 1940s film Noir.

Get onboard to learn how to get the desired vintage look with Adobe Photoshop. 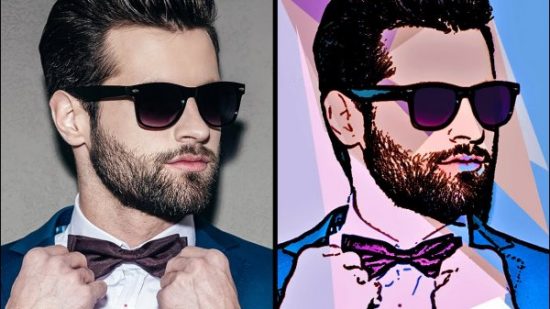 He explains how he creates his brilliant vector portraits by changing a photo into a poppy vector illustration. The tutorial is created using Adobe Photoshop by making few adjustments.

We hope you enjoy these free tutorials and get to learn a lot.

If you have any incredible tutorial in your mind, don’t forget to share it with us and our audience.

About the Author: Jason Daszkewicz

Jason is a WordPress expert, associated with Wordsuccor Ltd. and has a lot of experience in WordPress Theme Customization. He has delivered numerous range of quality products related to this. He has a strong passion for writing useful and insights about WordPress tips and tricks.